Welcome to the latest issue of our church newsletter. Hope that you are all continuing to keep well and stay safe. This newsletter is one of our ways of trying to maintain contact and a sense of community during this time when we cannot meet together as a church family. You can find previous issues of the newsletter here. We would love to hear from you and are looking for uplifting and encouraging content to share in future issues of this newsletter.  If you have any ideas or content that we can share, please do email them to Louise (publicity@christchurchuxbridge.org.uk)

We draw near to Jesus:
Lord, we are listening.

We calm ourselves and prepare:
Lord, we are listening.

We seek to root out the debris of our lives:
Lord, we are listening.

We cast aside the weeds that would choke your seed:
Lord, we are listening.

We seek to root your word deep within us:
Lord, we are listening.

Amen.
(Taken from Roots at Home) 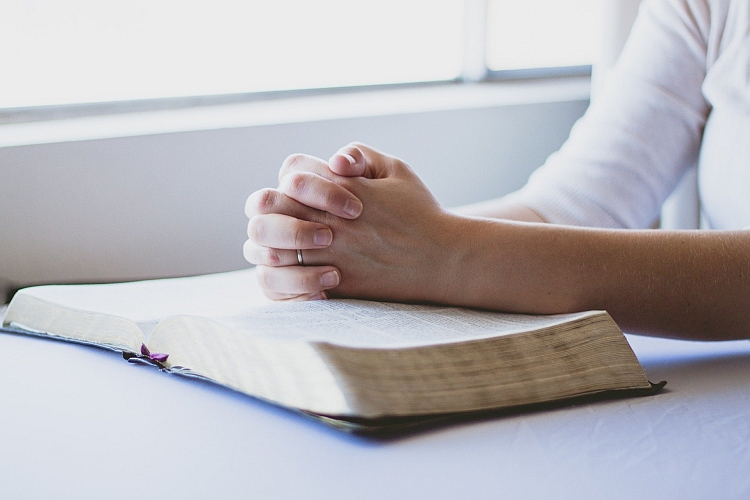 I’ve never been in a betting shop.  However I’ve sometimes wondered what goes on in one exactly. What should I expect if I went in?

I guess for some people it’s a bit like that with Church. They probably wonder what we get up to. Or what they should expect if they come in. Lots of hymns, happing and clapping? How do people in general see those of us who go to church? A bit boring, very middle class and respectable?

And when it comes to God? An old man in the sky? And what do the people in the street think about Jesus? A good man but one who sadly came ‘a cropper’? Maybe the New Age brigade will think of him as a sort of spiritual ‘Master’ (on a plane with Buddha or one of the Sikh Gurus?)

Where do these expectations and thoughts come from? Probably from the way people have been brought up – now in the UK probably in a pretty non-religious environment with some bits of tradition vaguely adhered to (e.g. baptism – meaning just the perceived need for baby to ‘be done’).

Expectations and impressions can indeed often be wrong!

Interestingly Jesus failed to meet the expectations of his day. Frankly to many he was a bit of a disappointment. He certainly wasn’t the new military David on a white horse who was going to drive the hated Romans out – which some expected the Messiah to be.

He ate with so called ‘sinners’, something no respectable Jewish person would do. He said that those who were considered wise and intelligent often failed to understand God’s revelation. Rather it was those who were like infants (i.e. weak and vulnerable) who could see and understand what God was doing.

In the Gospels Jesus praises his Father for the unexpected way in which the wisdom of God is revealed to the weak and powerless rather than the mighty and learned.

URC minister Michael Jagessar in some recent Bible reading notes talks about his grandmother. She was, he says, an illiterate Hindu woman. But, says Michael, ‘she was an astute judge of people and the habits that shaped them. She could see what many others could not… the heart or character inside a person. ‘

So what might it mean for us at Christ Church, here in Uxbridge, if God’s ways are hidden from the ‘wise’ (ministers, stewards) and revealed to others less informed? (The children perhaps?)
We ought to start listening to them (and others who might not seem to have lots of GCSEs or things like that).

Also we need to make a point of learning from Jesus –  not just from self-help books or the latest fashionable preoccupation.

May God bless and protect you all at this challenging time.
Amen.
Rev’d Andrew McLuskey

Our readings for this week:

The Parable of the Sower

That same day Jesus went out of the house and sat by the lake. 2 Such large crowds gathered around him that he got into a boat and sat in it, while all the people stood on the shore. 3 Then he told them many things in parables, saying: “A farmer went out to sow his seed. 4 As he was scattering the seed, some fell along the path, and the birds came and ate it up. 5 Some fell on rocky places, where it did not have much soil. It sprang up quickly, because the soil was shallow. 6 But when the sun came up, the plants were scorched, and they withered because they had no root. 7 Other seed fell among thorns, which grew up and choked the plants. 8 Still other seed fell on good soil, where it produced a crop—a hundred, sixty or thirty times what was sown. 9 Whoever has ears, let them hear.” 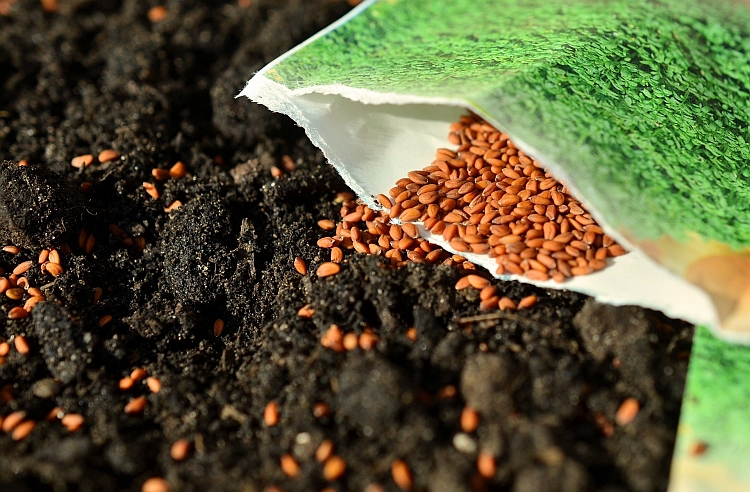 18 “Listen then to what the parable of the sower means: 19 When anyone hears the message about the kingdom and does not understand it, the evil one comes and snatches away what was sown in their heart. This is the seed sown along the path. 20 The seed falling on rocky ground refers to someone who hears the word and at once receives it with joy. 21 But since they have no root, they last only a short time. When trouble or persecution comes because of the word, they quickly fall away. 22 The seed falling among the thorns refers to someone who hears the word, but the worries of this life and the deceitfulness of wealth choke the word, making it unfruitful. 23 But the seed falling on good soil refers to someone who hears the word and understands it. This is the one who produces a crop, yielding a hundred, sixty or thirty times what was sown.”

We are now live-streaming services via Facebook each Sunday at 11am. You can find our services here. You do not have to be a Facebook user to watch this – our services are publicly viewable. This week’s service will be a parade service led by members of our Girls’ and Boys’ Brigades.

We will be meeting via Zoom immediately after the service for a virtual ‘coffee and chat’. The link for this will be shared in the comments on Facebook during the service.

If you are unable to join us online for our Sunday services, but would like to receive a recording of them on a memory stick to watch at home, please let us know.

Procrastination or reflection it’s hard to decide, allowing my thoughts to be my guide.
I begin the day with motivation, with gusto, oomph and inclination.
But then I ponder what to do first, should I tackle the easiest or start with the worst.
I sit with a cuppa and reflect on my list; I think you’re beginning to follow my gist.
I work out the impact of completing each chore, the orders important of that I am sure.
By lunchtime the oomph and gusto have waned and trying to stay positive has left me quite drained.
The desire to achieve just one job is still strong, but times running out, dinner won’t be too long.
The evening and night time are chocked full of guilt and sleep is elusive from under the quilt.
I’ll be kind to myself; each day starts anew, tomorrow I’ll know exactly what to do!
Tracey Rees 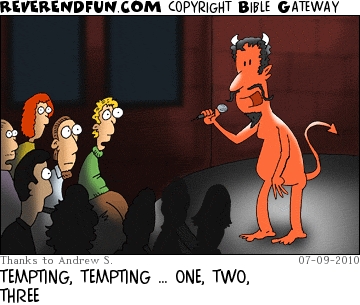 There is light at the end of the tunnel. From Wednesday 8th July things change. Of course there can be no spectators. Half the participants will have been flown in a specially chartered aeroplane into a bio-secure bubble on June 23. The other half will already have been in a separate bubble.

Handshakes or other bodily contact will not be allowed. The fielding side will be allowed to apply sweat to the ball but not saliva. If the ball is hit into the stands only players or other members of their bubble may retrieve it.

YES, test cricket starts in Southampton. But not as we know it Jim.
Brian Moere

My lockdown reading has included “Hark! The Biography of Christmas”, by Paul Karensa. Illuminating! – e.g. Did you know King Herod’s first wife was called Doris?

In the 1640s Puritan-inclined governments ceased to recognise and even banned Christmas and its celebrations (apparently Scotland didn’t recognise it again officially until 1958!).

As an example of the view of some clergy of the time about Christmas Day the book says, “non-conformist minister Hezekiah Woodward later labelled it “The old Heathens’ Feasting Day, in honour of Saturn, their Idol-God, the Papists’ Massing Day, the Profane Man’s Ranting Day, the Superstitious Man’s Idol Day, the Multitude’s Idle Day, Satan’s Working Day, and the True Christian Man’s Fasting Day.” His point was not subtle: a true Christian fasts on Christmas Day … and doesn’t call it Christmas Day.”

The name “Hezekiah Woodward” leapt off the page for me. I don’t know many Hezekiah’s but this one I have heard of. He was one the three ejected Church of England clergy who settled in Uxbridge in 1662, around whom a group formed which became Old Meeting House Independent (later Congregational) Church with a building we now know and love as The Watts Hall.

I wonder what Hezekiah would make of our Christ Church Christmas decorations and activities!

In the midst of it all we do always seek the true meaning of Christmas, but – anyone for a Christ Church Fast next Christmas Day?
Graham Hinton 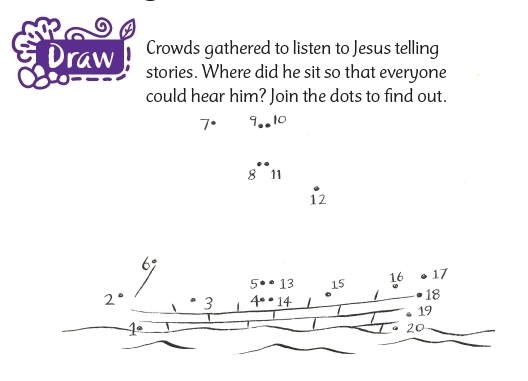 Generous God, we praise you.
You sow the seeds of your love across the whole world;
you cast the seed of your word abundantly down the ages
and stand patiently by as it germinates and flourishes,
fades and dies.

We praise you, Lord,
for your patience and perseverance,
for your solidarity with your creation
and your people.
We thank you for the fertile ground,
and we praise you for persisting with the hard-hearted,
the fickle, the distracted among us.
Almighty Sower, we seek to be abundant for you.
Amen.

Christ Church Uxbridge
This week we hold North Harrow Methodist Church in our prayers. Please pray for the church, members and those who lead worship there. We pray for our minister, Julie, as she takes over as Chair of “Churches Together in North Harrow”. Let us all work together to share our love of Jesus with all in our local communities.

Christ Church Uxbridge
Our young BB boys had a fun time on Saturday at the Life 2 The Max event.