Welcome to the latest issue of our church newsletter. I hope you are all keeping well. Our church is open for Sunday services but we will continue to live-stream our services and send out our newsletter regularly for the foreseeable future.

You can find previous issues of the newsletter here. We would love to hear from you and are always looking for uplifting and encouraging content to share in future issues of this newsletter. If you have any ideas or content that we can share, please do email them to Louise (publicity@christchurchuxbridge.org.uk)

Lord God, you call us to live our best lives
– for you, with you, in you.
We may sometimes pause to smell the coffee or the roses,
but we are often too busy to take time to be aware of you
– that you are with us, in us, and in those around us.
Quieten our hearts now to recognise you in this place today.
Help us to reach out to one another with love, care and compassion,
so that we can all live our best life for you.
Amen.
(Taken from Roots)

Harvest service – do you know where they come from? 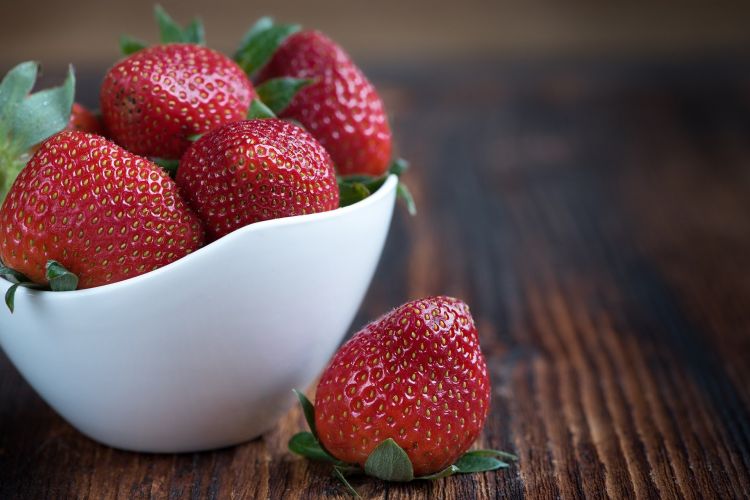 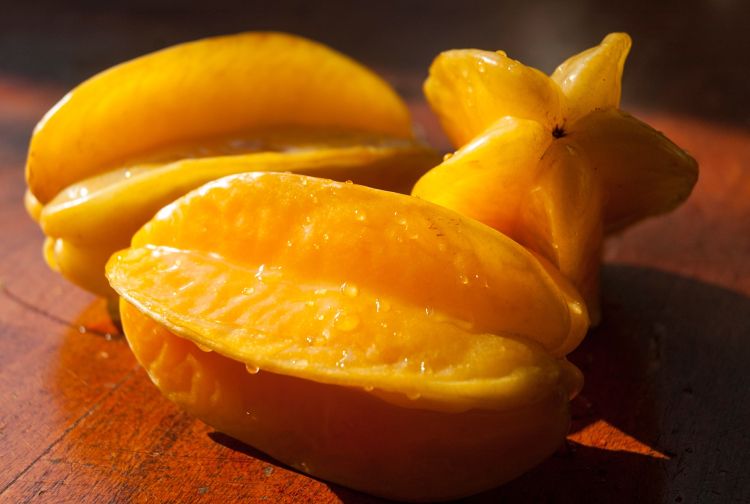 In September/October – autumn – many people celebrate harvest.  Some churches, like ours, hold harvest festivals and these were originally to celebrate the crops being harvested and to thank God for his gifts of fruit and vegetables.

Harvest time is also a great time to think about other people and the ways in which we might be able to help them, as well as being an opportunity for us to reflect on other things that we are thankful for too.
Stephanie Marr

Our readings for this week

Whoever Is Not Against Us Is for Us
38 “Teacher,” said John, “we saw someone driving out demons in your name and we told him to stop, because he was not one of us.”

39 “Do not stop him,” Jesus said. “For no one who does a miracle in my name can in the next moment say anything bad about me, 40 for whoever is not against us is for us. 41 Truly I tell you, anyone who gives you a cup of water in my name because you belong to the Messiah will certainly not lose their reward.

“‘the worms that eat them do not die,
and the fire is not quenched.’

49 Everyone will be salted with fire.

50 “Salt is good, but if it loses its saltiness, how can you make it salty again? Have salt among yourselves, and be at peace with each other.” 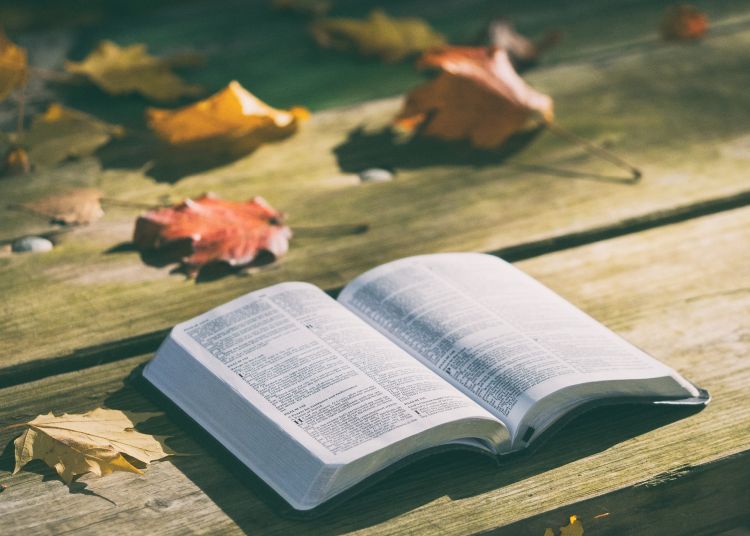 We meet at 11am for our Sunday services, which are also live-streamed on our Facebook page.  If you wish to view our services online, you can find them at www.facebook.com/christchurchuxbridge. You do not have to be a Facebook user to watch them – our services are publicly viewable. You can also view a recent service on our church website. This week’s service will be a communion service led by Rev’d Eddie Boon, the URC Thames North Synod Discipleship Enabler. You can find the order of service here.

After this service, we will be having a simple lunch (soup, bread and cheese) followed by a ‘Picking up the Pieces’ gathering with Eddie Boon. This promises to be an interesting, positive and useful event aimed at helping us explore our Christian discipleship both as local church and individual in this new season following the pandemic. The event will start at 1pm and finish about 3pm. We hope you can join us for this.

If you are unable to join us in person or online for our Sunday services, but would like to receive a recording of them on a memory stick to watch at home, please let us know. 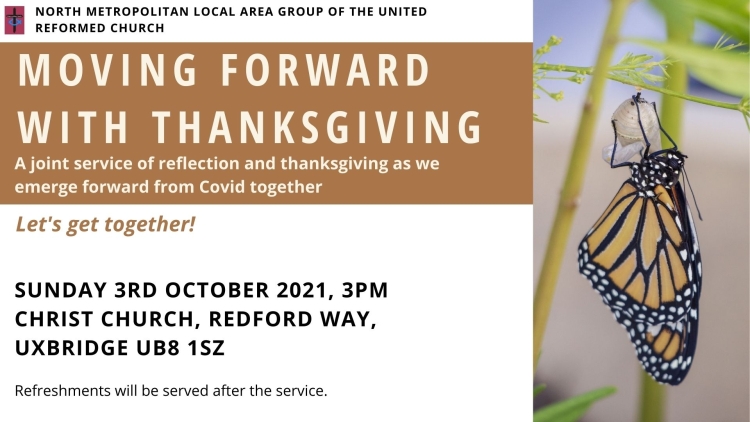 Please join us as our churches come together to reflect on the coronavirus pandemic, with an address by the Synod Moderator, Rev’d George Watt, seeking God’s guidance as we move forward together.

Refreshments will be served after the service.

From the Methodist Circuit

Climate and the Churches

There is an event being run by Revd. Dave Bookless about climate change, COP26 and what the church can do about it.  The event will be at Ealing Green Church on 4th October 2021 at 7pm for 7.30pm start.  Alternatively, you can watch it live on YouTube at https://youtu.be/ofBBCWk6GYw

After the WWII ended members of the forces that had been in specialist units were automatically put on Z reserve. About 5 years after the ceasefire the Z reserve was called up for two weeks training (myself included). They were taken down to Bude in Cornwall where they had a firing range out over the sea.

On the first day we were told that we were going to be instructed how to strip, clean and grease the breach mechanism of the Bofor gun. At this I and many others saw red. I told the group that I would strip and grease the mechanism and replace it on the gun blindfold. I did this and they were amazed and after that it turned in to us teaching them. The weather turned bad, extremely rainy, it was lucky that there was a hall that we could use, which meant that the training could carry on.

Gunnery is the science of angles. I found it quite surprising how few people really did understand which included ‘aim off’. I’d learned how to use the gun very quickly and spent many years during my service working with the Bofor gun – a skill I could not easily forget.

During the war years I supervised a band of rogues, they were a spirited team, a wily bunch of lads fresh from prison for various crimes, They were frequently in trouble, had scruffy kit layouts but when it came to drill they exceeded. It was good to have the same team back with me at this training session in Bude. Just to prove the point they decided that they would do a silent drill from my order FIRE!

We were told to fire at drogue being towed behind an aircraft at 150 miles per hour. The drogue was 20 feet long and one foot wide.

When they were called to the firing point they took a chair with them and put it down to one side, then sat me on it! We had 10 rounds of ammunition. Along came the aircraft and with the first shot they broke the drogue from the towline, they chopped it in half as it fluttered down and then chopped each half in half.

Of the 6 guns, we were the only one to actually break the drogue from the rope – unfortunately 2 of the guns failed to hit anything.
Syd Wilson

How many times can you find the word ‘God’ hidden in the grid?

Lord God,
bless us and keep us.
And may we be a blessing to others
in all we think and say and do.
Amen.

Christ Church Uxbridge
Our church cafe is open every Tuesday and Thursday from 10am - 2pm, serving drinks, snacks and light lunches at very reasonable prices.