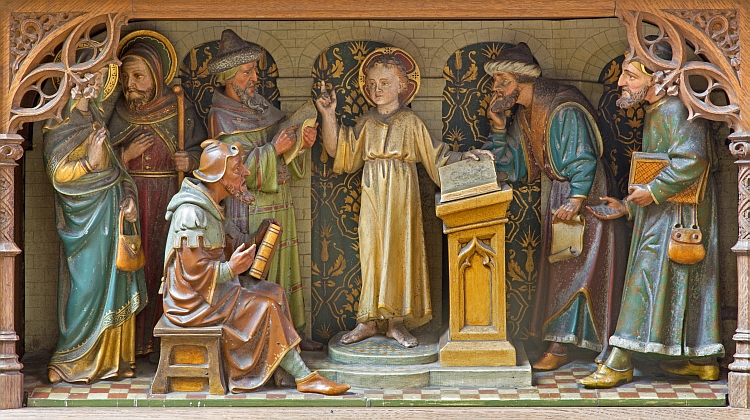 Welcome to the latest issue of our church newsletter. Hope that you are all continuing to keep well and stay safe. This newsletter is one of our ways of trying to maintain contact and a sense of community during this time when we cannot meet together as a church family. You can find previous issues of the newsletter here. We would love to hear from you and are looking for uplifting and encouraging content to share in future issues of this newsletter.  If you have any ideas or content that we can share, please do email them to Louise (publicity@christchurchuxbridge.org.uk)

O God, we pray,
in all places,
for weather that sustains life,
that provides for a fruitful harvest
and creates a gentle world.
Let sun shine,
rain fall,
ice form
and wind blow,
as the earth needs
and your people pray,
Amen.
(Rev’d Dr Susan Durber, taken from the URC Daily Devotions)

The earthly life of Jesus lasted a mere 33 years.  The major turning point came when he was about 30 years old, St Luke tells us.  He left home, and headed for the Jordan Valley to listen to the preaching of his relation, John the Baptiser.  He did not return home.  Instead there began that very busy period of three years that we usually call his ministry – years in which he toured the country preaching, teaching and healing, accompanied by his disciples.  Much is known of that action-packed period, which of course culminated in his death and resurrection.  Those three years have been well chronicled.

But what of the first thirty years?  Very little is known of those three decades.  They are indeed the “hidden years”.  Today I want to try and fill that gap as far as possible, using what we find in the Gospel records.

It is clear that most of that time was spent in the country town of Nazareth.  One incident only has been unearthed by St Luke, and it was our first reading this morning.  The twelve-year-old boy went with his parents to the Passover Festival in Jerusalem, but Joseph and Mary realised that he was missing on the home journey.  Panic-stricken they rushed back to the city, and eventually found him.  He was in the temple, talking and asking questions with the leading teachers of the day.  And his answer to their frantic concern?  “Didn’t you know that I was bound to be in my Father’s house?”  (And father has a capital letter.)  The boy showed an understanding well beyond his years.

What else can we deduce about those hidden years?  Our second reading today described an incident when Jesus returned to his home town of Nazareth, where his family lived and where everyone knew him.  The people were amazed.  “Where did he get such wisdom?” they asked. “Isn’t he the carpenter’s son? Isn’t Mary his mother?  Aren’t his brothers James, Joseph, Simon and Judas?  Aren’t his sisters here too?”

We learn then that Jesus was the eldest child in a large family.  It was a household of nine people at least.  They were not well off by any means, and Joseph must have worked hard to feed those many mouths, but doubtless the atmosphere was warm and loving.  As soon as he was capable, Jesus joined his father in the workshop and learned the skills of the carpentry trade.

There is one passage where Jesus seems to be recalling childhood memories of games with other children. “To what shall I compare the people of this day? They are like children in the market place and shouting to each other. “We played wedding music for you, but you wouldn’t dance.  We sang funeral songs for you, but you wouldn’t cry.”  It seems like a reminder of street games of “Let’s pretend.”

There were no schools in Jesus’ day, but at the local synagogue the rabbi gave instruction to boys in reading and writing. Their “text-books” were the scripture scrolls.  Our third reading today told how Jesus read to the congregation in the synagogue at Nazareth. He had clearly been to the rabbi’s classes.  It was an orthodox Jewish schooling and upbringing.

Nazareth was a country town, so the boy had a rural childhood.  His later teaching is therefore based on the life of the countryside.  Take the parables as a clear example.   The sower, the workers in the vineyard, the lost sheep, the mustard-seed, the treasure in a field, the wheat and the tares, the good shepherd, the sheep and goats. The father of the prodigal son was a farmer.  “Foxes have holes, and the birds of the air have nests…”  “Consider the lilies of the field…”

His teaching was based on ordinary events in a country town.

During the later ministry of Jesus there is no mention of Joseph, his earthly father.  Mary and the other children are referred to, and it is therefore assumed that at some time during these “hidden years” Joseph died.  The eldest son therefore became the bread-winner and ran the carpentry business. Jesus must have felt responsible for the care of the whole family, and that is doubtless why he did not leave them until he was 30 years old.  By that time his siblings would have been past childhood.

It is fitting, I think, to pay tribute to Joseph – a good hard-working man who loved his family.  Surely the young Jesus gained further insight into his heavenly Father by reflecting on the good carpenter.

A theory has been put forward that Jesus may have left Nazareth at some time to study and qualify as a rabbi.  Three reasons are given.

I fear we shall never know the truth on that matter.

John the Baptist, living a hermit-style existence in the Jordan Valley, was attracting large crowds with his forthright no-nonsense message. Jesus joined them, was baptised, and did not return to his family.

“What was he doing all that time
From boyhood on to early prime?
Was he then idle, or the less
About his Father’s business.

No, they were not wasted years, but years of quiet, steady preparation.  They prepared him for the immense task that lay ahead.  Remember too that at his baptism, before ever his ministry began, a voice from heaven said, “You are my dear son.  I am pleased with you.”
Ken Pearce

Our readings for this week:

The Parable of the Workers in the Vineyard
20 “For the kingdom of heaven is like a landowner who went out early in the morning to hire workers for his vineyard. 2 He agreed to pay them a denarius for the day and sent them into his vineyard.

3 “About nine in the morning he went out and saw others standing in the marketplace doing nothing. 4 He told them, ‘You also go and work in my vineyard, and I will pay you whatever is right.’ 5 So they went. 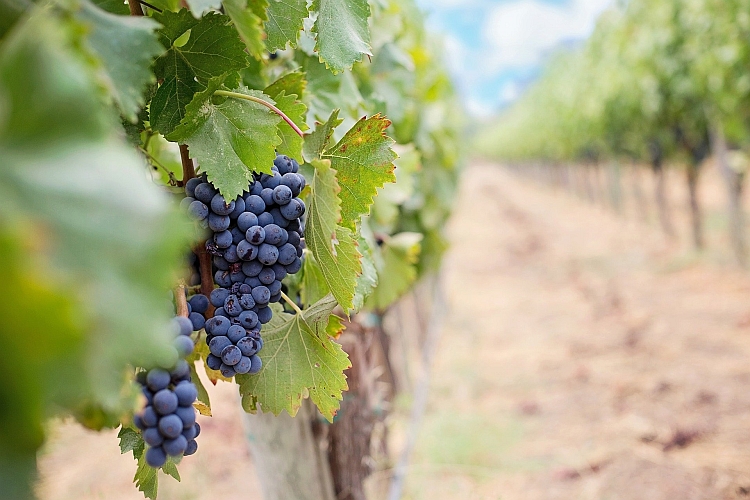 7 “‘Because no one has hired us,’ they answered.

“He said to them, ‘You also go and work in my vineyard.’

8 “When evening came, the owner of the vineyard said to his foreman, ‘Call the workers and pay them their wages, beginning with the last ones hired and going on to the first.’

13 “But he answered one of them, ‘I am not being unfair to you, friend. Didn’t you agree to work for a denarius? 14 Take your pay and go. I want to give the one who was hired last the same as I gave you. 15 Don’t I have the right to do what I want with my own money? Or are you envious because I am generous?’

We are currently live-streaming services via Facebook each Sunday at 11am. You can find our services here. You do not have to be a Facebook user to watch this – our services are publicly viewable. This week’s service with be a virtual Harvest celebration.

We will be meeting via Zoom immediately after the service for a virtual ‘coffee and chat’. The link for this will be shared in the comments on Facebook during the service.

If you are unable to join us online for our Sunday services, but would like to receive a recording of them on a memory stick to watch at home, please let us know.

The following items are currently available on our virtual sales table:

You can find more details about our church charity and virtual sales table at https://christchurchuxbridge.org.uk/activities/churchcharity2020/

Gifts and donations can be made online via Virgin Money Giving (https://uk.virginmoneygiving.com/Hopenothate-Christchurch) or by cash or cheque made payable to Christ Church and clearly marked for the church charity. 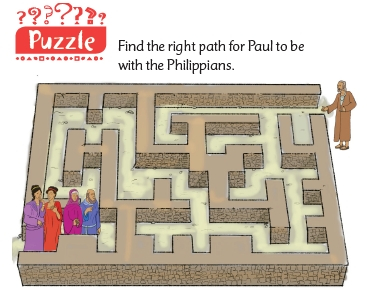 Lord, give us a way to go,
a path to follow,
a purpose to fulfil
and meaning to our deeds.
Amen.
(Taken from Roots)

Christ Church Uxbridge
This week we hold Trinity Church Harrow in our prayers. Please pray for the church, members and those who lead worship there.